“Other than the semi-discrete Front Mount on this 900hp Twin Turbo Vette,” says 1320video, “there’s not much to give you a hint that you’re about to have your ASS HANDED TO YOU!”

They’re telling the truth here. This matte-black C6 Corvette, with a stock body and low-mounted turbos hidden out of sight, looks as much a sleeper as a Corvette will ever look. But with all that power, it’s in for a hell of a ride—against a copper C6 Corvette Z06, a Camaro, and a whole slew of lightning-fast demons.

This video is worth checking out for the lightning-fast roll races, and the rapidly disappearing taillights that, really, is a testament to just how much effort and money is put into these sweet street cars. Watch the cavalcade of Chevy power take off in Texas, or Mexico, or any points in between, right in the dead of night. 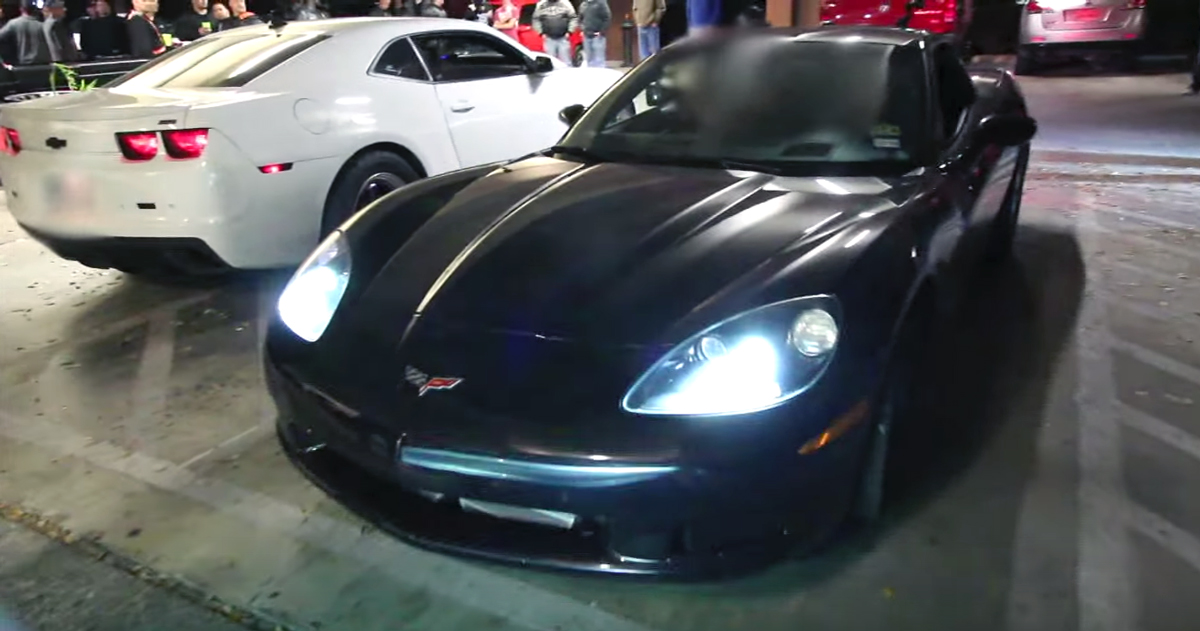