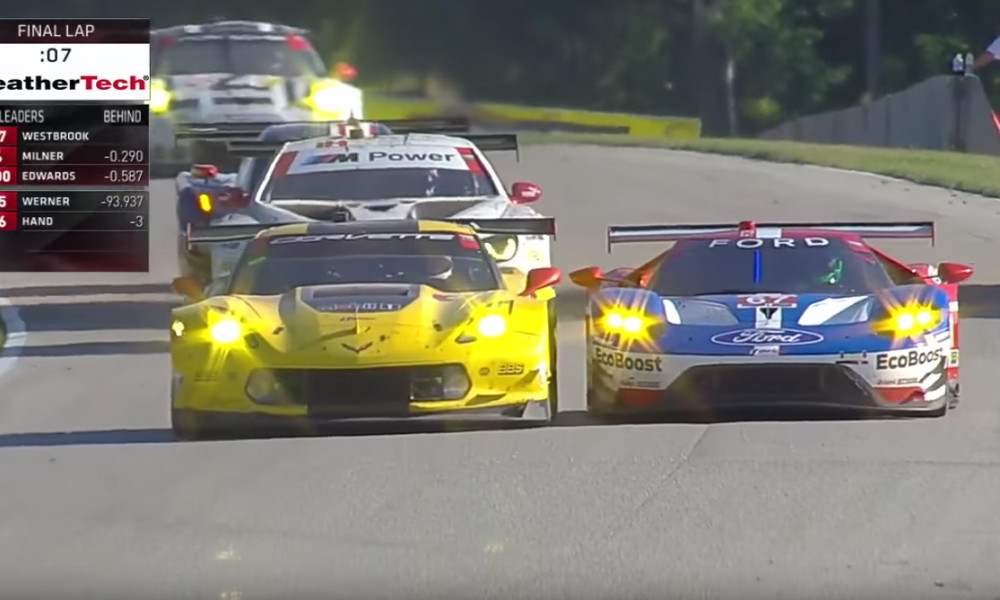 Corvette Racing and Action Express Racing gave Chevrolet and the Corvette marque two victories today at Road America in the Continental Tire Road Race Showcase. Oliver Gavin and Tommy Milner won the GT Le Mans (GTLM) class in the No. 4 Mobil 1/SiriusXM Chevrolet Corvette C7.R in a thrilling finish by going from fifth to first in the final seven minutes. It was their fourth victory of the season.

Action Express Racing’s Dane Cameron and Eric Curran won at Road America in the IMSA WeatherTech SportsCar Championship’s Prototype class for the second year in a row and posted their second straight victory of the season in their No. 31 Whelen Engineering/Team Fox Corvette Daytona Prototype.

It is the first time this season that a Corvette C7.R and Corvette DP recorded victories in the same race. Corvette Daytona Prototypes swept the Prototype podium for the third time in 2016. Chevrolet also solidified its leads in the Prototype Engine and GTLM Manufacturer championships.

“The Corvette DP 1-2-3 finish is the result of great execution by the teams, crews and drivers,” said Jim Campbell, Chevrolet U.S. Vice President, Performance Vehicles and Motorsports. “Congratulations to Dane, Eric and the Action Express Racing No. 31 Whelen Engineering team on the overall win.

“What a wild finish in GTLM!” Campbell added. “Tommy and Oliver drove a great race, the crew made the right adjustment during the last pit stop, and the engineers called a terrific race. Importantly, when the opportunity arose late in the race, Tommy took advantage of it. This 101st win was exciting and special.

“The Corvette Racing and Corvette DP teams never give up, and today is another example.”

The GTLM finish was one the team and fans will remember for a long time. It gave Corvette Racing its 101st victory two weeks after winning No. 100 at Lime Rock Park. More importantly, it extended the lead of Gavin and Milner in the GTLM Driver’s Championship and Chevrolet’s advantage in the class Manufacturer standings.

Gavin drove the first 55 minutes before handing off to Milner. Both Gavin and Milner struggled with the handling on the Corvette until the final stop with 51 minutes remaining. Engineer Chuck Houghton and the No. 4 crew made one final adjustment to the Corvette, which proved to be the winning call. Milner advanced from sixth to fifth with 20 minutes remaining before a late-race restart with three laps remaining set the stage for the drama.

Milner took fourth on the restart and watched as three competing GTLM cars suffered misfortune and contact. He made it through and then took the lead on the final lap.

It was Corvette Racing’s seventh class win at Road America and first since 2008. Gavin won for the fourth time at the track, and Milner for the first time – but it was one to remember.

Antonio Garcia and Jan Magnussen placed sixth in the No. 3 Mobil 1/SiriusXM Chevrolet Corvette C7.R. At the start, Garcia had a strong run to third place, and he and Magnussen ran with the No. 4 Corvette for the middle-part of the race.

The team opted to make its final stop 10 minutes later than the sister car in hopes of being part of a late-race push for a victory. The result was enough to unofficially keep Garcia and Magnussen third in the GTLM Driver’s Championship.

In the Prototype race, Cameron held off a hard-charging Joao Barbosa in Action Express Racing’s No. 5 Mustang Sampling Corvette DP to win by 0.626 seconds.

The victory unofficially drew the Curran/Cameron pairing to within 1 point of Barbosa and Christian Fittipaldi in the Prototype Driver’s Championship. Action Express Racing finished 1-2 for the third consecutive race.

The next event for Corvette Racing is the Michelin GT Challenge from Virginia International Raceway on Sunday, Aug. 28. Corvette DPs return to action alongside Corvette Racing for the Lone Star Le Mans on Saturday, Sept. 17 from Circuit of The Americas in Austin, Texas. 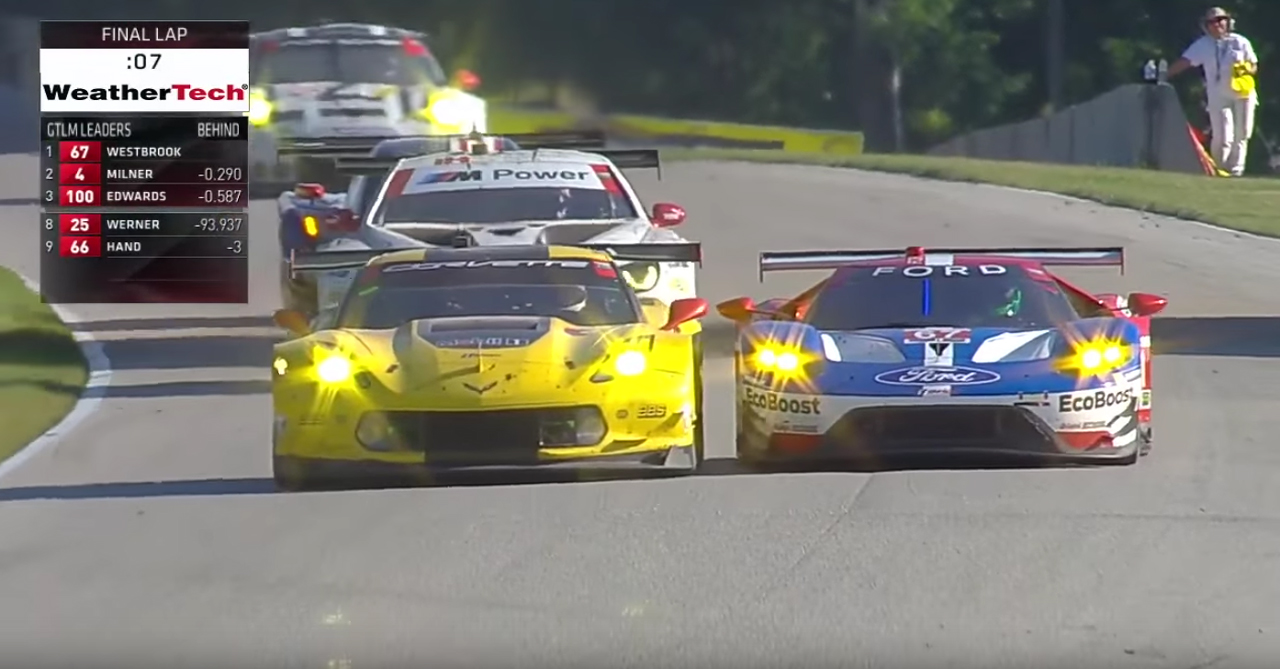