At the tail end of development for the C6 Corvette, GM unleashed one last monster to signal the end of that generation. Bringing back the legendary ZR1 nameplate, they stuffed a giant supercharged LS-9 in the slippery C6 frame, bringing to life the fastest Corvette in recent memory. Known for it’s amazing speed, sharp looks, and clear hood inlay, the ZR1 has been a king of drag racing. Faster and cheaper than it’s European counterparts, it’s a hugely impressive car even years later.

But what happens when you line up a ZR1 with muffler delete and headers, with a far newer Porsche GT3 with a wicked exhaust? It’s the best of Germany versus the last bastion of the much loved C6. Who do you think will emerge on top? 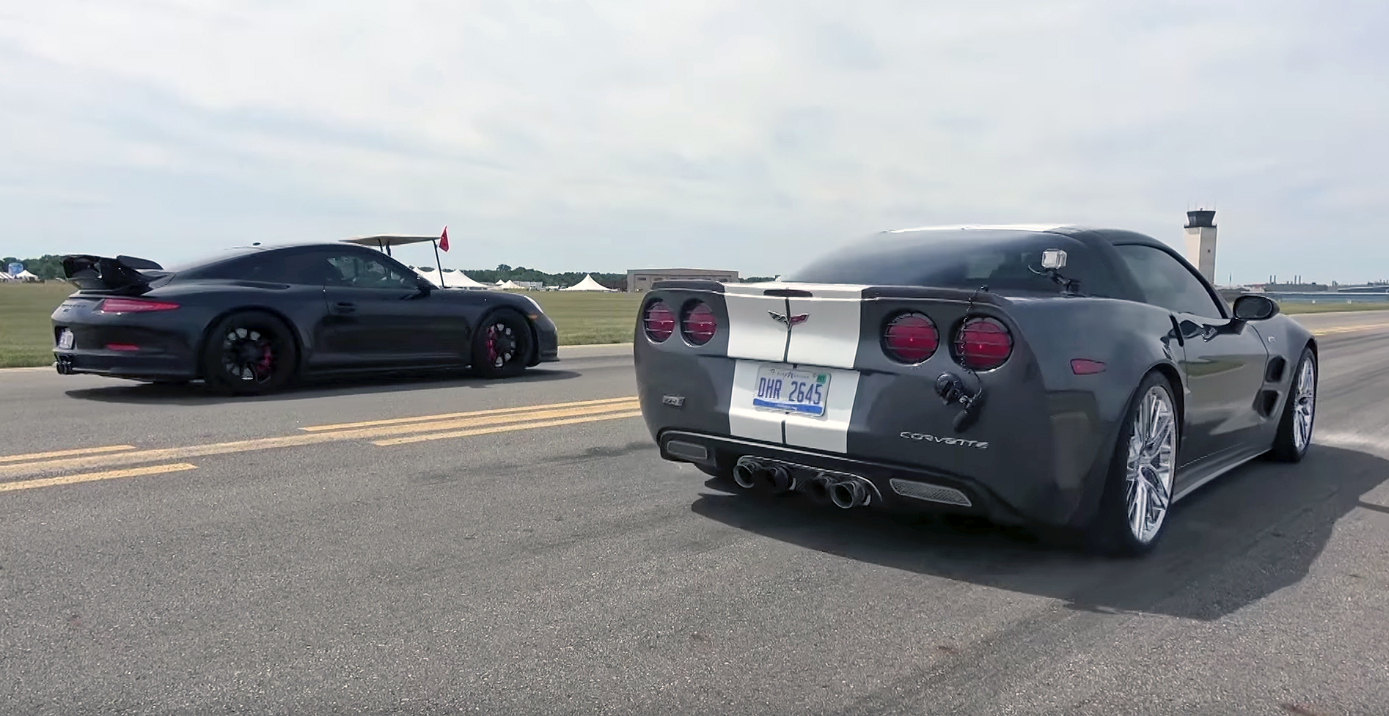