Unveiled at the PRI 2015 show, “Crow Mod” features carbon fiber bodywork and a tube frame chassis underneath that gleaming white paint. The new car is far lighter as a result, and with the previous Pontiac’s turbo engine, says the Big Chief himself, “this will be the biggest, baddest, purpose-built street race weapon ever done.”

Eventually the Firebird will don the same engine from the aforementioned Le Mans, which is a 482 cu. in. Pontiac engine with twin Precision 8891 turbos, forged internals and alcohol conversion. A three-speed Rossler automatic will power this lighter car, with a different setup.

What’s cool is the “Crowmod” badges on the fenders, which surely means that The Crow will rise again. 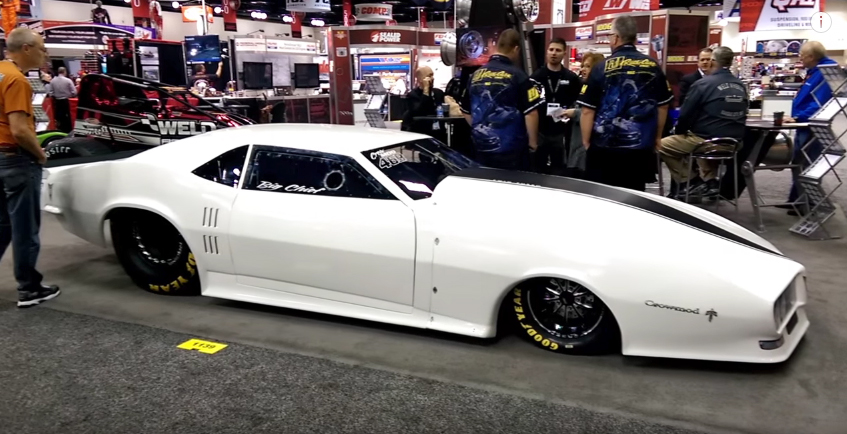